MZED PRO SALE ON NOW - Join MZed Pro for just $279 as we celebrate the launch of the Learn Everything in Premiere Pro course!

Shane Hurlbut's new course teaches you the ins and outs of lighting, power, and how to avoid getting electrocuted.

In a new course called “Cinematography: Mastering the Image,” Shane Hurlbut takes MZed members behind the scenes of some of his most well known feature films, like Need For Speed and Terminator Salvation.

Along with a wide range of behind-the-scenes clips from the productions themselves, the course recreates a variety of big and small Hollywood scenes, step by step, while Shane walks us through the decisions and the gear behind them. 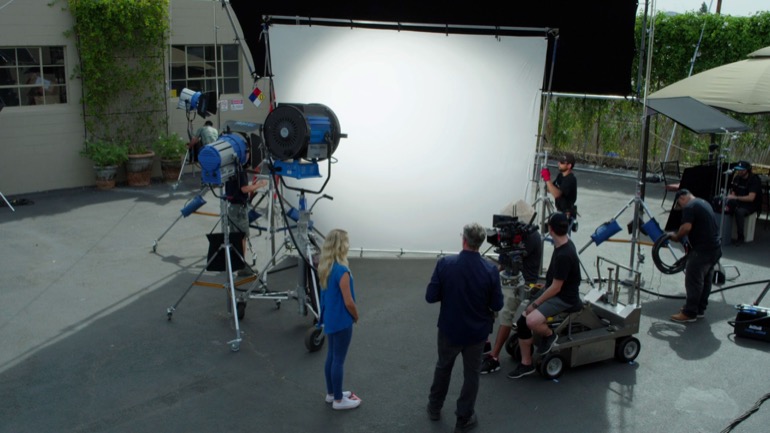 And the level of detail in these demonstrations is really unprecedented. What happens when the sun goes in and out during an outdoor shoot, and you need to match all the shots? How do you check the bulbs on your lights the night before a production? How do you run power cables in a way that won’t electrocute you by accident?

Ok, some of the details are actually really important. And you should know them even before you go on a production - whether it’s a paid job or a passion project.

In the Power Distribution module of the course, Shane guides us through the nitty-gritty of preparing the power grid that enables filmmaking in the first place. This is an in-depth guide to power on any set, and it’s not something you usually see in filmmaking courses. 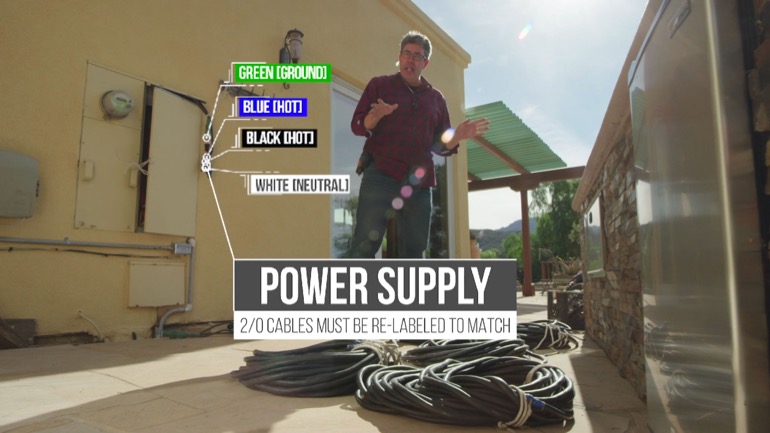 Without an advanced proficiency in power cabling, prepping, and safety checks, there’s not a chance a film set could ever see high power lighting fixtures. A slight mishap or miscalculation could prove disastrous, or even deadly. That’s why there are standards in set etiquette, such as how to properly mark cables that are neutral, positive, and negative.

The most important lesson to take away from this module is that the power setup needs to be designed for flexibility, so that creative lighting decisions can be made on the fly, without delaying the production. And to do that, power generators, distribution boxes, cables and connectors all need to be setup to shift quickly when a creative decision - or an unexpected setback - calls for a change in lighting.

Like many film crew members, Shane Hurlbut ASC got his start in filmmaking working as a Best Boy, learning the ins and outs of cable management, labeling standards, and the particularities of each model of power generators, lights, and even rental houses and their differing approaches. There are even different power standards between New York and Los Angeles, as explained here. The lessons he imparts here were learned in the trenches, from decades of working in the film industry.

Another important takeaway from this course is the incredible amount of planning and refining that goes into even a simple shot that lasts maybe a few seconds. Shane demonstrates how he collaborates with his crew and actors to ensure that the technical decisions support the film’s story and subtext. 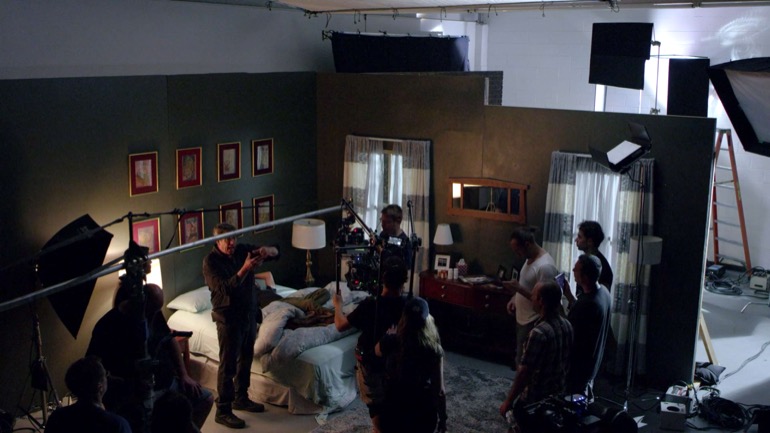 If you’ve never been on a film set before, watching the lighting and blocking prep may seem like an ungodly exercise in minute details. But it’s the little secrets that Shane gives us - like how to light inside an office, or when to use a Freefly MOVI gimbal for an overhead, or the simple suggestion of using grey curtains instead of white to avoid blowing out the highlights - that you can take away into your own productions, even if you’re not on a Hollywood feature. 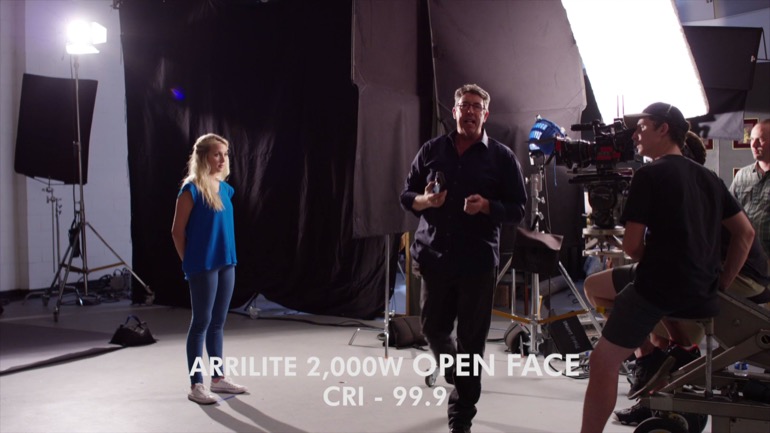 What’s interesting is even on a large budget production, a lot of the approaches to lighting a scene require just as much DIY creative hacks as any small project, whether it’s narrative or corporate or documentary. There are dozens of tips here for hiding small lights and reflectors behind set objects, simulating real-world lighting with off the wall approaches, and of course, learning to adapt to every situation.

It’s no secret that Shane Hurlbut is a lighting junkie. He enjoys testing and using all types of lights, from Hollywood standards in HMI and tungsten lights, to the newest LED fixtures. That’s what makes this course so appealing for filmmakers of any level - Shane isn’t hard-headed about giving new gear and lighting approaches a chance to prove themselves.

But what separates this course from the myriad of lighting opinions out there is that Shane makes sure to test each light and compare them in real-world scenarios. We get to see the actual variations in color temperature, CRI (color rendering index), output, and shaping for a huge assortment of lights that he and his team test on a model. 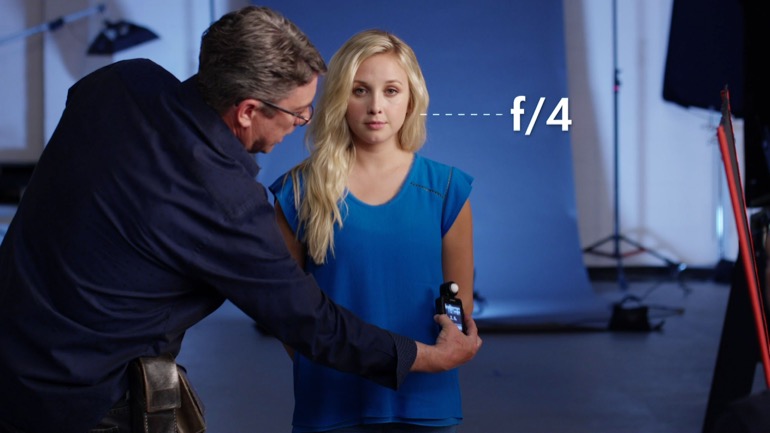 The lesson is that there is no such thing as the one perfect light for every situation. In fact, there aren’t even 10 perfect lights for 10 situations. Whether you’re lighting a green screen, or a nighttime interior, or simulating a moon, each light out there brings a completely different aesthetic and user experience to a scene.

In summary, we’re really impressed with this new course from Shane Hurlbut, and we are thrilled that we can offer it to MZed Pro members as part of your annual subscription. The course is also available to purchase and own forever - in whole or broken down into individual modules. 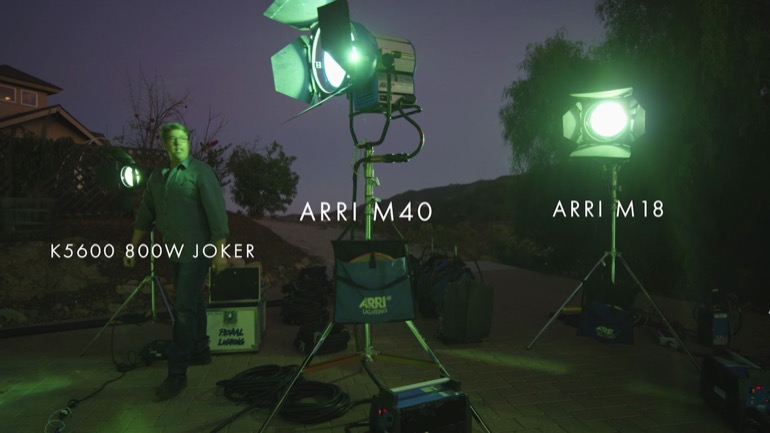 We hope you enjoy Cinematography: Mastering the Image - and be sure to review the course after you complete it. Your thoughts and opinions are crucial in helping other filmmakers decide if a course is right for them.

And if you like this course, be sure to check out our other Shane Hurlbut courses, including his Experience Lighting Masterclass and the Illumination Cinematography Workshop.

Knowing Which Lights to Use