Gides is a New Social Media for Creatives

MZed members are invited to become early adopters or supporters

Gides is a new web publishing and sharing platform that has the potential to become the one tool we all use. It will release later this year, but you can preview it now and also become an early supporter.

We’ve all just about had it with Web 2.0, and yet we put up with it because we don’t have a choice. If you’re a creator, a business person, or someone who simply wants to engage with a community online, you probably use a handful of social media and web publishing tools, each with their own pitfalls.

Instagram is great for photos but you can’t link out to sites or create dynamic posts, and the comments are an after thought. Twitter is of course limited to 280 characters and a photo or video. We all cling on to Facebook because everyone we know is on there - and because Groups are a great alternative to forums - but who doesn’t want to just delete their Facebook account altogether?

At one time they served a limited, but useful role in gathering people together. But now they’re bloated, full of fake accounts, they rarely connect you to your community without a paid boost, and their algorithms have famously spiraled into unbelievable directions. Worse, you have to use them all in order to collect a rounded tool belt of publishing options. And then stack Patreon on top of it all if you want to monetize your content. 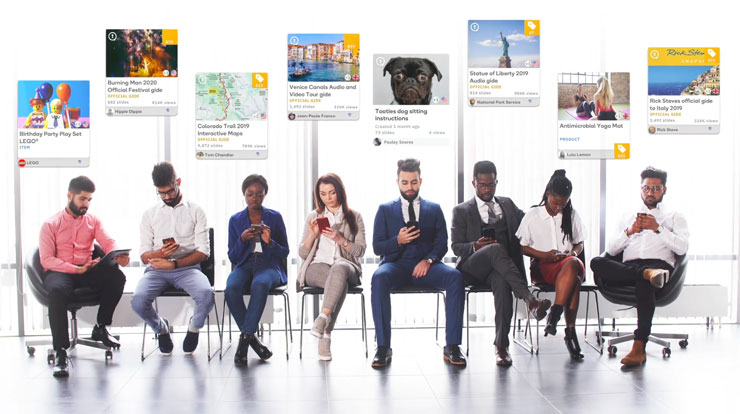 It turns out that web 1.0 - publishing via your own website or blog - is still the most robust and controllable platform for sharing. But the immense learning curve of designing and making a website and somehow convincing Google to index and rank your content, plus the cost and complexity of maintenance, and the requirement to use a desktop computer puts a website out of most people’s wheelhouse. Additionally, websites limit the ability to create a true community, as they don’t have any of the social features found in web 2.0 and require email blasts to notify people of updates.

And so came along YouTube, which makes publishing incredibly easy - all you needed was a smartphone. The problem was, of course, you’re cornered into creating a video to share your thoughts, when an article with photos or maps or text or hyperlinks or files might be much more suitable. The result is many Youtubers end up writing a script and reading it facing a camera, adding images as static B-roll when possible. That may be convenient for the creator, but it’s sort of a roundabout way for audiences to consume content. 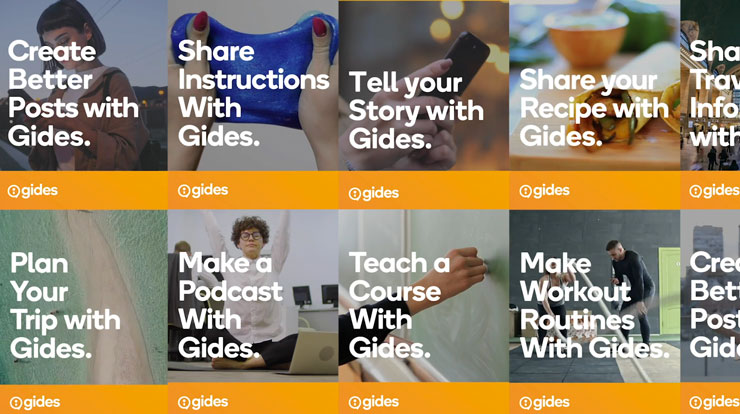 So is the solution for everyone to have their own website? In a way, yes, but on a communal or social platform, rather than on individual website silos. Enter Gides, an upcoming platform and community that will allow everyone around the world to share multimedia content with just your smartphone. Easily share photos, videos, and articles, respond to posts with your own multimedia comments - it’s like social media or web 2.0 without the limitations of each platform. 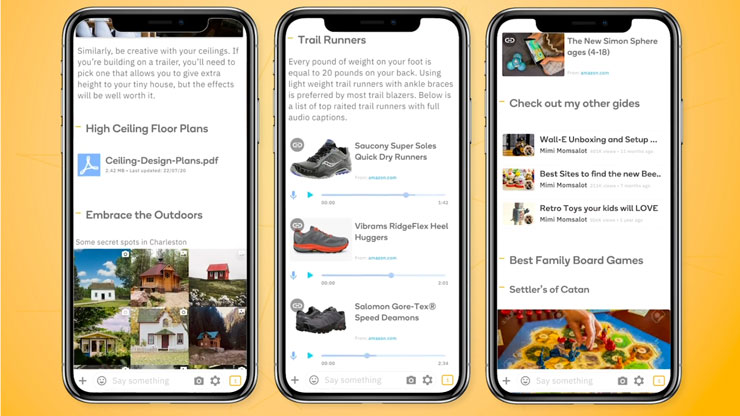 And you don’t need to stack Patreon on top of everything. With Gides you’ll be able to charge for content or ask for donations, directly on the platform where the content lives. 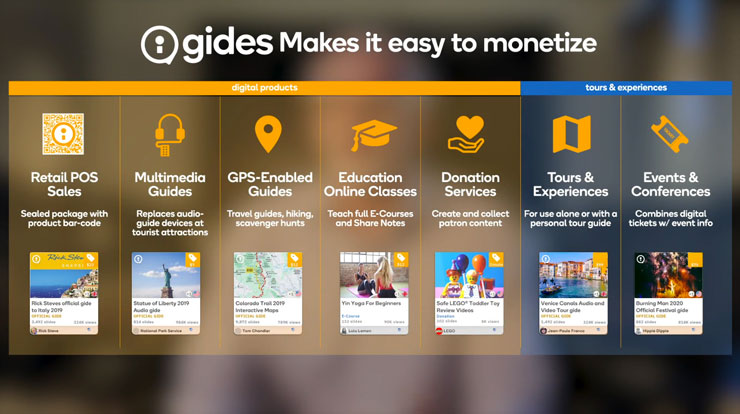 Many of us have overcome the learning curve of all the web tools out there, but there are many creators who haven’t had a chance to create a website or built a social media channel. This gives anyone around the world an opportunity to connect, a better way to share. For people who make things, or want other people to see what they made, whether it’s a post, video, an entire book or film, you name it. 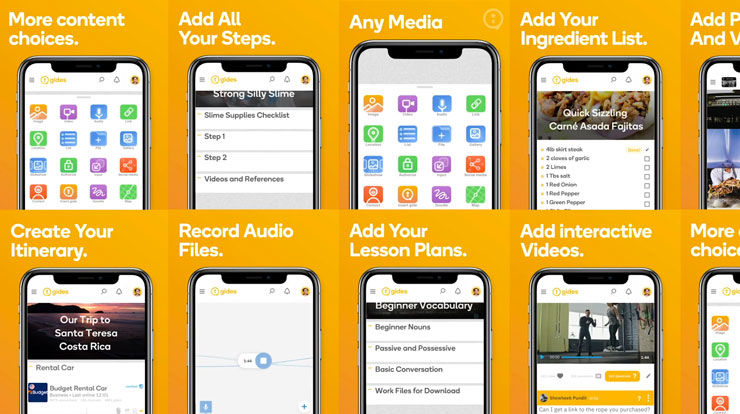 Opening news gathering and sharing to everyone

The other aspect about removing barriers to multimedia publication on a communal platform is that it can be so much more than a place to share hobbies or entertainment or marketing pieces. Social media and web 2.0 has also transformed how news is filtered down to people, and as we know by now, the algorithms and platform limitations have affected the distribution of news and information. 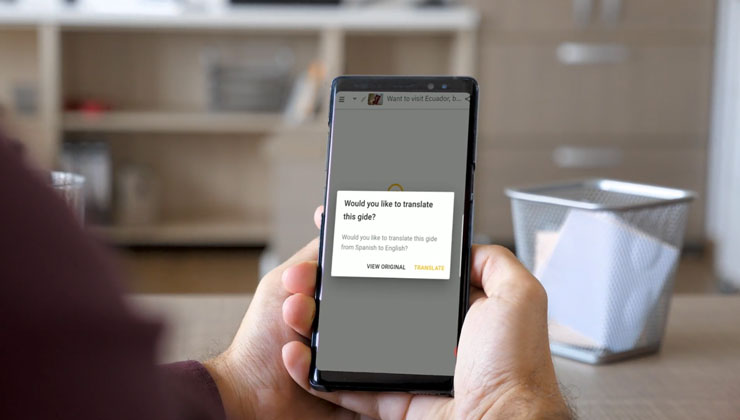 But with Gides, there’s an opportunity here for a lot of people to share what they see and hear, people who have not built a Twitter following or a Youtube channel or a blog or personal website. But they have a smartphone and are compelled to share. Globally, this can have a large effect with some proprietary translation tools that Gides is developing. 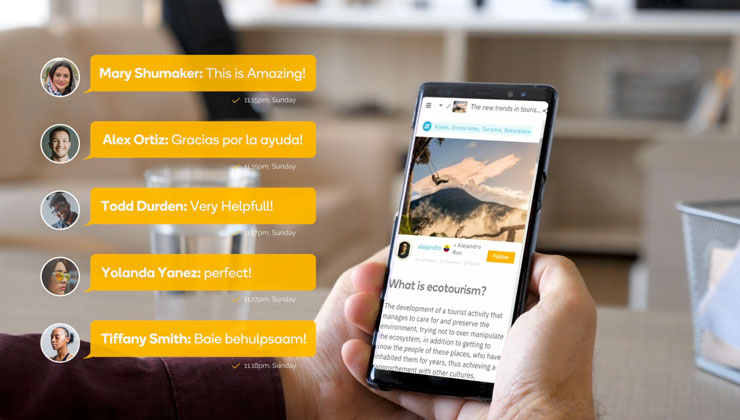 But even in your corner of the world, imagine being able to create a quick news post as a story is developing, and then adding photos a few minutes later, and then adding a video, and then working with a community to edit and develop that news post further. It seems like a natural way for independent media to work, doesn’t it?

Will Gides be the one that makes it?

Okay so clearly there’s a case for Gides for many of us creators, and it’s probably worth the 5 minutes to create an account when it’s released, if only to secure a username early on. Then, if it continues to grow and reach a critical mass, there will be even more of a compelling reason to join. The question is, why Gides and does it actually have the potential for mass growth? 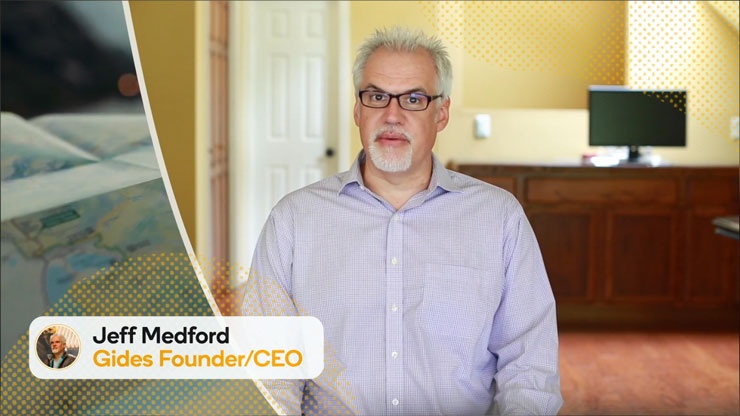 Gides' founder Jeff Medford proudly admits he was one of the first kids in the world to program computers, beginning in 2nd grade when his dad founded a computer business. That was 1978. He went on to become an IT manager in a Fortune 500 company, while developing a passion for filmmaking and photography and travel.

You may have already heard of Jeff, because he worked with Monte Zucker, and after Monte’s passing Jeff scaled MZed into a wide reaching company. It was a way to honor Monte’s legacy while bringing photo and film education to a global audience - first with traveling workshops, and then to the online education platform you know MZed for today.

Gides is a culmination of all of Jeff’s passions and experience, with arts and travel, education and information technology. The parent company is even an anagram for Louisiana (his home state), arts, travel, education, and the names of his two kids. But the company is much more than Jeff. He has put together a team of people who are talented, passionate about the project, and have the experience with bringing apps and platforms to mass adoption. 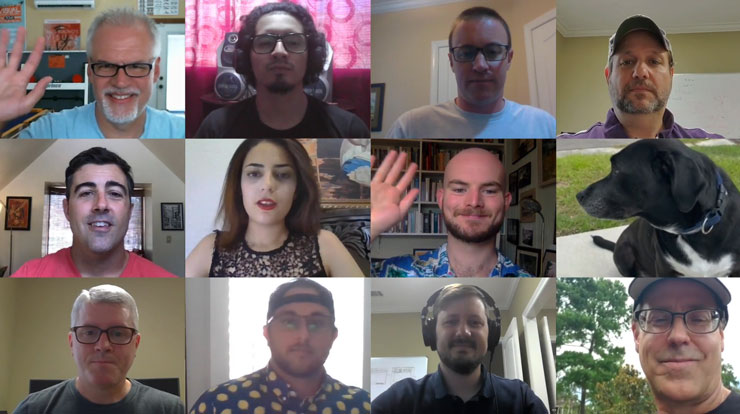 But he’s also not a young entrepreneur new to the scene, addicted to Gary Vee #hustleporn, working tirelessly in a dorm to develop an app just good enough to round up angel funds and then sell to Facebook. That’s what drives many Silicon Valley startups; it’s also what leads most of them down a dark path of profit motives over a desire to change the world for good. 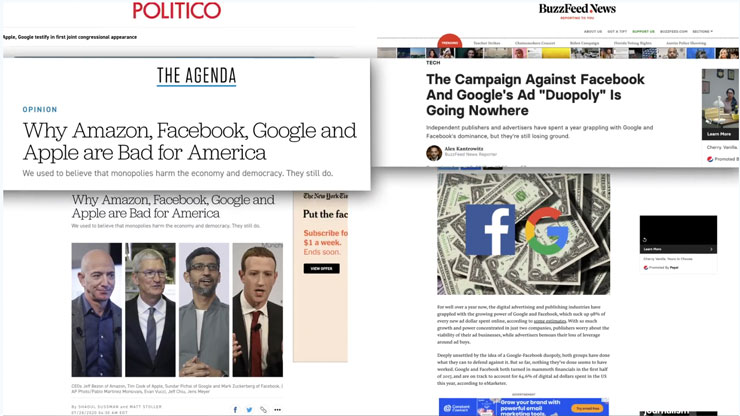 Gides has all the right ideas, talent, and foundation, but it will need people to really take off. Many people will sign up just because they’re curious if it will actually help them achieve something, it takes a couple minutes to sign up, and it’s only one more password to remember. Even at this first phase of growth, Gides has the potential to change the lives of many people around the world, especially those who don’t have the resources to create a website even if they wanted to. 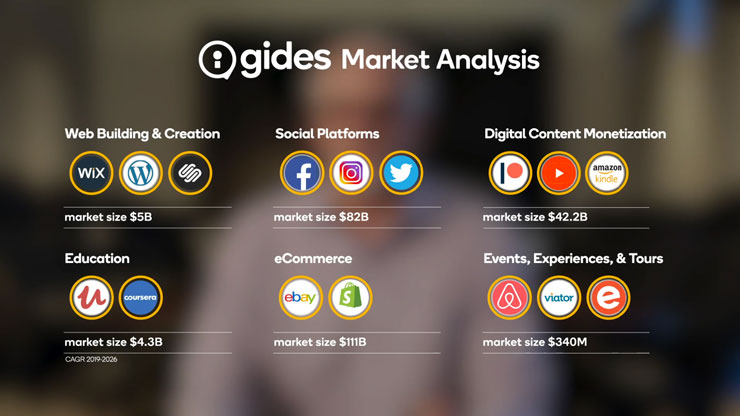 But then the potential for huge growth in non-developing countries is when the critical mass can occur. And the catalyst seems to be in favor of Gides. Right now there’s unprecendented distrust and fatigue with social media, and the scammy nature of the internet in general. Who doesn’t have 5 minutes to sign up for a shot at flipping the table completely?

We hope you’re at least convinced to give Gides a shot when it opens up to registration later this year. But if would like to support the project in other ways, Gides is now selling shares of the company to early investors on its WeFunder site.

If you’re like many creatives, the idea of “investing” seems completely foreign, because just staying above water while putting away for a meager retirement is hard enough. But until recently, everyday people haven’t even been allowed to invest in startups, at least in the US. Prior to 2016, you had to make over $200k a year or be worth over a million dollars before the government would allow you to get even richer by buying up early Amazon or Facebook stock. The rationale was, regular people could get fleeced by scammers, losing more than they were comfortable losing. 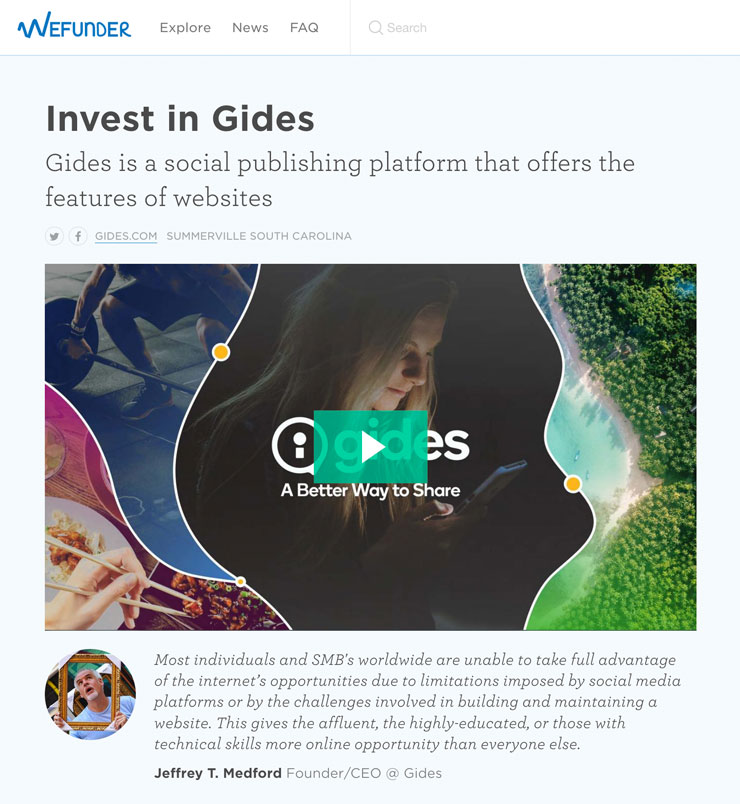 So while we weren’t allowed to play the venture capital game, wealthy people were earning 1600x their investment (that’s 160,000%) in companies like Snapchat. Well that all changed recently after Kickstarter and crowdfunding became a thing, and now WeFunder is a thing, and you can invest as little as $100 in a startup.

Keep mind, this isn’t a donation like Kickstarter or Indiegogo, where some campaigns provide donors with products or items, and others completely vanish. WeFunder is an SEC regulated platform where you actually buy shares of a company.

The public launch for the Gides WeFunder goes live later this week, but right now there’s a family and friends discount for early adopters.

If you do invest, invest responsibly, and let’s all look forward to a better internet tomorrow. See a preview of Gides at gides.com 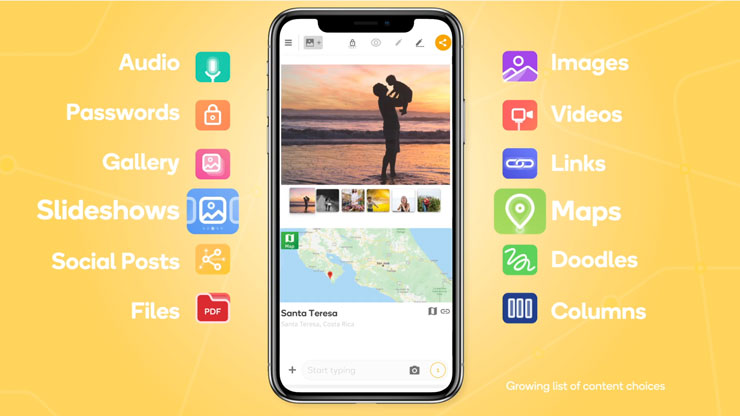 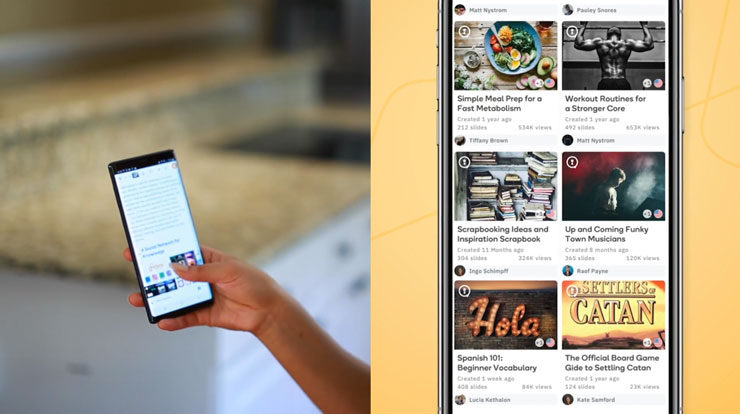