MZed is Partnering with RØDE to help you Master Your Craft

RØDE is awarding a 12-month dream internship in Sydney, Australia, and we're proud to offer our education and mentorship to the lucky winners.

When you enter a filmmaking contest, most of the time you’re hoping to win some cool gear or a new gadget, or maybe some free software, stock footage or music credits.

How about a contest where you can win a year-long job that launches your filmmaking career? Where the job perks involve moving to Sydney, Australia and working with world-renown cinematographers?

Yes, it’s actually a real thing, and no, you don’t have to buy a bunch of magazine subscriptions to enter. The RØDE Master Your Craft competition is now open, and you have until December 3, 2019 to submit your entry.

And this year, MZed is proud to partner with RØDE by providing education and mentorship to the Master Your Craft winners. Filmmakers and instructors Matthew Allard, Ollie Kenchington, and Adam Epstein have stepped up to offer their continuing support and guidance to the interns.

We believe this is an incredibly unique opportunity to demonstrate the importance of filmmaking education to not only the competition winners, but also to the film industry as a whole. It’s our duty and privelege to shape the filmmaking landscape by bolstering the next generation of creatives.

Master Your Craft with RØDE

Then in 2018, RØDE launched the first ever “Master Your Craft” competition, which offered filmmakers a chance to win a 12-month paid internship at RØDE. During the year, the winners would develop their filmmaking skills while working on real-world productions for the company. The scope of work would include pitching ideas, writing scripts, producing and directing, to editing and marketing their work. 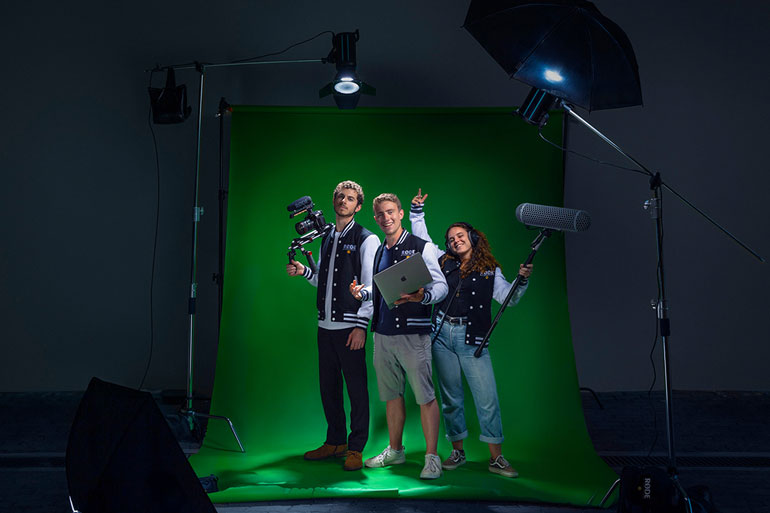 Because of the huge pool of talented submissions, RØDE decided to award not one but three up-and-coming filmmakers the Master Your Craft opportunity, and they’re now at the tail end of their year-long internship. Mariona from Spain, Conrad from Germany, and Rohan from USA have been incredibly developing their filmmaking skills on the job, while also basking in the Australian adventure.

For anyone considering entering the competition, Mariona says, “Do it! You won’t regret moving to Australia - unless you try Vegemite, get stuck in a rip in the surf, or get bitten by one of the numerous dead animals. Just kidding you’re going to be fine.” Conrad advises, “Don’t be afraid to enter. Just do it. Create something unexpected, something attention-grabbing.”

Of the unique opportunity, Rohan says, “You’ll gather experience and some good memories along the way - connecting with fellow creaetives never ceases to create unforgettable memories and great stories.”

MZed Instructors will Mentor the Winners

As part of the 12-month internship, the winners of this year’s Master Your Craft competition will also receive hands-on mentorship from industry professionals. Along with filmmakers like Ryan Connoly and Ben Allan ACS (who you might recognize from this MZed lesson), our very own Matthew Allard ACS, Ollie Kenchington, and Adam Epstein will be lending their wisdom and ongoing support to the young filmmakers. 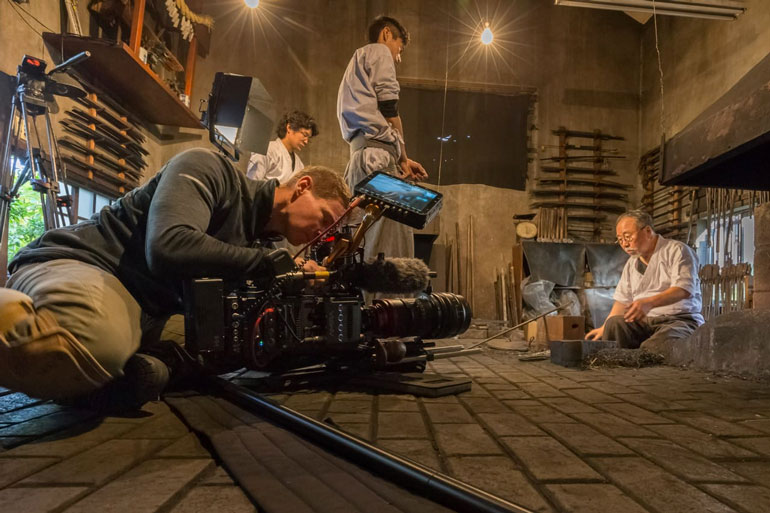 Matthew Allard is a multi award-winning, ACS accredited freelance Director of Photography with more than 25 years experience working in almost 50 different countries around the world. Matthew has covered natural disasters, wars and major sporting events all over the globe.

A native of Australia, he is now based out of Tokyo, Japan and mainly films documentaries and corporate material for high-profile clients. He is also editor of the well known film industry site Newsshooter.com. 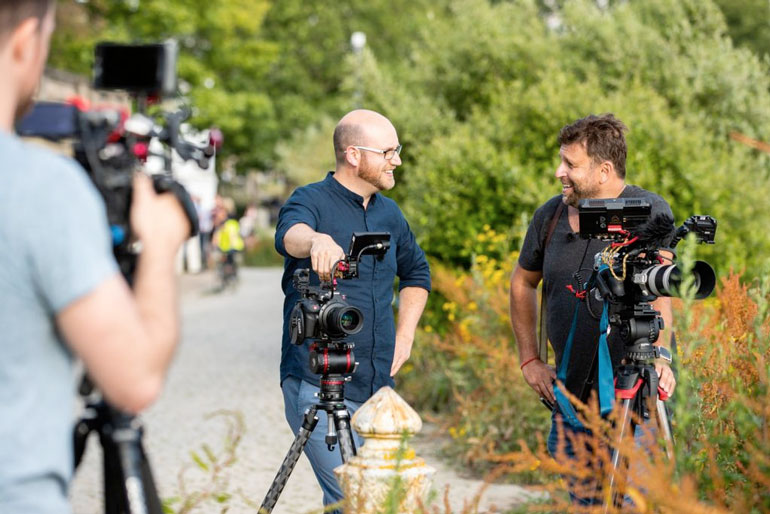 Ollie Kenchington is among the most highly qualified and respected film production and post-production trainers in the UK right now. Over the last twelve years, Ollie has taught thousands of aspiring filmmakers, and that’s in addition to his work as an producer, editor, and colourist for Korro Films.

Adam Epstein is the Emmy-nominated Senior Film Editor for the Saturday Night Live Film Unit, which produces some of the world’s most recognizable sketches in less time than it takes most of us mere mortals to pack our gear bags. Moving between short and long form projects, he's cut features as well as TV shows, including the first two seasons of the acclaimed IFC series “Documentary Now!” 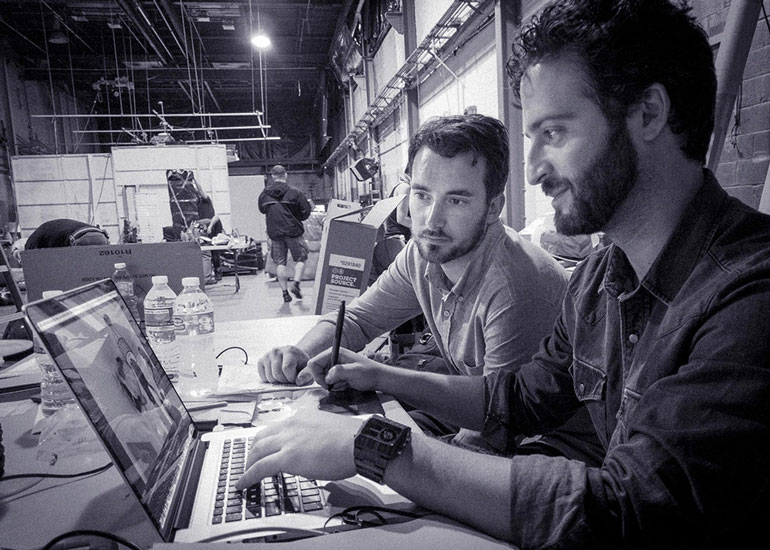 Along with the personal coaching from our instructors, the Master Your Craft winners will also have unlimited access to MZed’s full library of online courses. Imagine watching a course like “The Cutting Edge,” then calling up Adam Epstein to ask him for tips on editing the infamous digital shorts on Saturday Night Live, and then having the full weight and support of RØDE to go out and create a video story the next day. What a truly amazing opportunity. 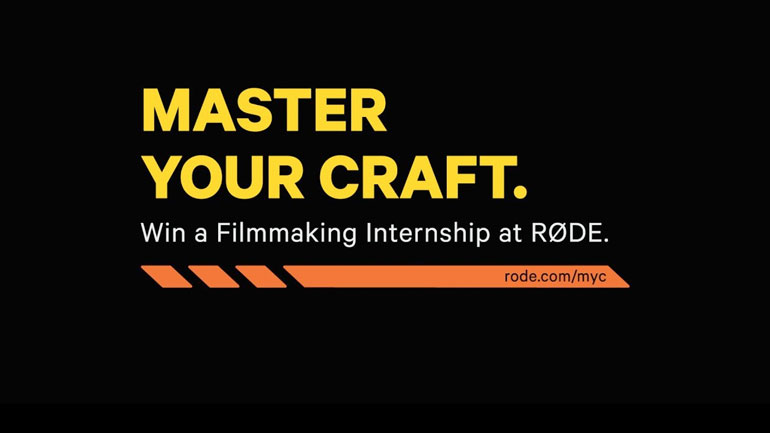 Master Your Craft is a perfect example of the magic that happens when you combine the teachings of working professionals, along with a passion to develop your own unique approach to visual storytelling. And when you throw in the support of a company like RØDE and their global community of filmmakers, you have the makings of a career launch pad for some very lucky competition winners.

So what are you waiting for? All you have to do is submit a short 1-3 minute film that is creative, engaging, entertaining, and most of all, tells the story of you. Go to the Master Your Craft website for more information and submission details.

Good luck to everyone who applies!